For those of you involved in joint integrity management, the following information will not be a surprise…

Over the past number of weeks, I’ve been looking through the 11 years worth of non-conformance data that I’ve collected from various sites within the oil/gas, chemical and petrochemical industries that Zulu has been involved in and decided to share;

The data comes from compliance audits and findings from daily maintenance, projects and turnarounds/shutdowns.

There are many reasons why a joint integrity program will fail and typically they can be broken down into 5 distinct areas that can be further sub-divided. Unsurprisingly, the main reasons revolve around people and system non-conformances – interestingly both are linked..

Its all a bit worrying and in my humble opinion the PEOPLE issues are still unacceptably high. In the UK, we’ve missed a generation of apprentices, we have an ageing workforce and we still unfortunately have a substantial number of ‘chancers’ and incompetent workers (particularly within the transient contractor labour pool). Joint integrity qualifications such as ECITB, ASME and BSEN are certainly helping to ascertain a level of proving competence but I believe there’s still a long way to go.

Considering that 93% of all data was based on top tier COMAH sites, that makes it even more worrying and therefore very important to address.

*Not including asset owner and site details 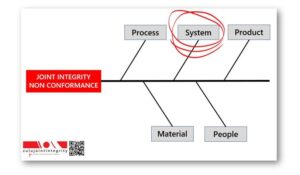 13th July 2021
We are incredibly proud and honoured that Christopher Mellows, Director of Zulu Joint Integrity and Training Ltd has been approached and welcomed as an oil, gas and chemical committee member for the Process Industries Division of IMechE. The Oil, Gas and Chemical Committee (OGCC) is a Technical Activity Committee (TAC) focused on technologies associated with downstream processing activities in the oil, gas and chemical industry sectors. “I am very much looking forward to working with my fellow committee members and I hope that my passion, experience and energy can help this professional association and learned society promote its common purpose – to improve the world through engineering and that a practical as well as academic approach to these industries will encourage positive discussion and best practice.” Christopher Mellows, Director
Posted in Zulu Joint Integrity and TrainingTagged in IMechE, joint integrity, OGCC, Oil and gas, TAC Read More

22nd June 2021
Training for the future. This week is Tata Steel’s UK apprentice training week at Zulu Joint Integrity and Trainings Bridgend training centre. We often see the oil & gas, petrochemical and chemical industries lead the way in mechanical joint integrity of bolted joints in hazardous pressurised systems so it’s always fantastic to see the steel industry embrace the subject matter. It’s a no-brainer… competent workforce, no leaks, no environmental incidents, no accidents, no delays in plant start up… The bar was set high with yesterdays learners achieving 100%

in our written test and practical assessment. These young men and women are the future of UK industry and we are very proud to support them and the giant Port Talbot Steel Works.
Posted in Zulu Joint Integrity and TrainingTagged in competency. training and development, joint integrity, joint integrity training, leak free Read More

Zulu Joint Integrity and Training ltd, a Phoenix Group company is looking for a new member to join the site based Joint Integrity inspection team based at Barry, South Wales.

Our team at Zulu Joint Integrity and Training in Bridgend have been busy preparing for our latest batch of steel industry apprentices to join us later this month.

Zulu has been supporting Tata Steel UK for several years now and it’s always a welcome sight to see these young men and women attend our joint integrity training and assessment courses. British industry needs these newer generations of apprentices and we are proud to support them in their key learning, training and development.

To find out how we can fully support your apprentices with a suite of training and assessment services, please contact our training teams in Bridgend or Chesterfield; 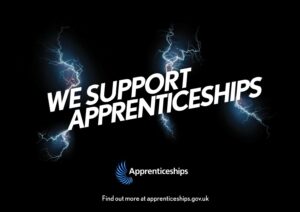 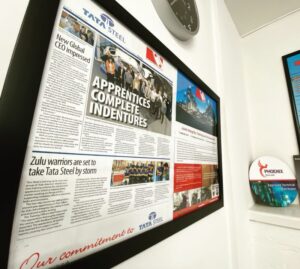 A learners competency can be based on prior learning, current task experience in the field as well as qualifications and skill set.

Achieving a HNC or even an engineering degree does NOT make an individual competent in making bolted joints in high hazardous areas – by gaining joint integrity qualifications in the relevant field WILL help prove competency. Competence is a measure of both proven skills AND proven knowledge.

For further information regarding our joint integrity courses, apprentice training programmes and other vocational assessment services, contact our team;